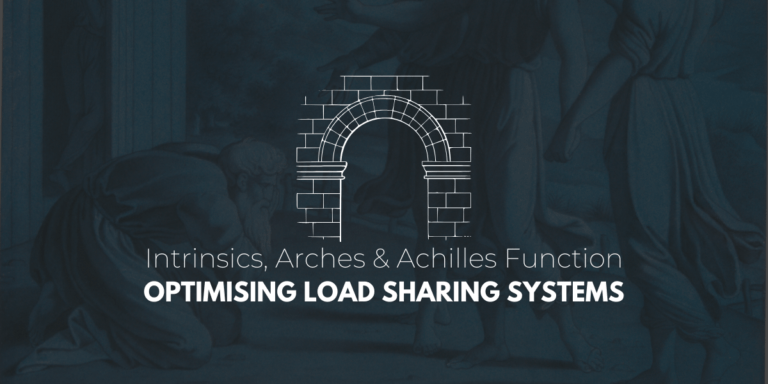 The athletic motions of running, jumping and landing require the foot and ankle complex to be adaptable to varying surfaces and demands. The complex needs to be compliant to dampen ground reaction forces (GFR), but also become stable as a base and lever arm for propulsion. It is one of the musculoskeletal systems most versatile anatomical designs. As Leonardo DaVinci once stated “The human foot is a masterpiece of engineering and a work of art”.

As the first link in the kinetic chain the foot and ankle complex is designed to absorb approximately 40% of GRF force. A foot that is unable to adapt to the forces applied to it may shift moments and forces to more proximal joints superiorly with a potential relationship to overuse injuries in the lower extremities (Kirby, 2017). The human body is subjected to universal principles of physics; therefore energy can neither be created or destroyed (law of conservation of energy). If energy is not sufficiently absorbed in the intended structures, it will be transmitted upwards throughout the chain putting undue loads on tissues that are not as appropriately designed to handle them.

The spring theory of the foot’s arch is key in understanding the foots mechanical function and evolution. The metabolic energy saved by the arch is explained by the passive elastic work it provides that would otherwise have to be achieved through greater active muscle work. So to set the scene here is an anatomical recap for the Longitudinal arch.

The longitudinal arch has two ‘sides’, the medial and the lateral arches. The medial is the higher of the two made up of the calcaneus, talus, navicular, the three cuneiforms and the 1st, 2nd and 3rd metatarsals. The joint between the talus and the navicular forms the most vulnerable segment, however, it is braced by the relatively elastic plantar calcaneonavicular ligament. This ligament is then strengthened by blending with the deltoid ligament of the ankle joint and the support provided by the medial arch is further supported by the plantar aponeurosis, the tibialis-anterior, tibialis-posterior, the peroneous longus tendons and the ligaments of the multiple articulations. The lateral arch laying flatter against the ground is the smaller arch formed by the calcaneus, cuboid and the 4th/5th metatarsals. Critically the robustness of the lateral arch is preserved with the long plantar and plantar calcaneocuboid ligaments combined with the extensor tendons and short muscles of the 5th metatarsal.

In more recent years a concept coined the “Longitundal-Arch-Load-Sharing-System” (LALSS) has been described by Kirby in 2012, which intricately explains the arches exposure to mechanical force and its dual capabilities to provide both flexibility and stability. ‘Load Sharing Systems’ in a general context are a mechanical concept where redundancy of operation is vital to the overall reliability of the whole system. In a load sharing system the load experienced on one aspect of the system is equally or unequally shared by the other parts of the system. It’s a fail safe where part of a system or in this care the kinetic chain can fail with other segments of the body still remaining functional (Ye, 2014).

During dynamic weight bearing activities the longitudinal arch must be adaptable and this is reflected by its ability to reduce its curvature to dampen the impact of GRF. Conversely the longitudinal arch must be able to stiffen enough to transmit the forces from the gastrocnemius and soleus muscles during propulsion. The regulation of this stiffness is monitored continuously by the CNS and the neuromotor intent of the athlete. (Kirby, 2014). For myofascial structures to produce a stiffening effect on the area, they must have the correct physiological cross sectional area but also neural drive.

To achieve the dual qualities highlighted of stiffness and compliance the LALSS has four layers functioning synergistically through both its passive and active components. These four layers are the plantar fascia and plantar ligament combined with the actively controlled plantar intrinsic and extrinsic muscles that regulate stiffness across the arch. In essence the four layers when combined form a load sharing system that maintain both the structural integrity of the arch and amplify muscle activity or attenuate forces. Each of the four layers possess a similar role to reduce impacts and provide strength or stiffness appropriately, which in turn allows for some redundancy in their load sharing system.

During the windlass mechanism extension of the hallux causes an increase in arch height and increased force on the plantar forefoot. Similarly, during ankle dorsiflexion force or tension is increased on the plantar forefoot too. In both examples the tension force within the foots plantar fascia and ligaments along the arch increases, and in turn so does tension force along the mechanically linked Achilles tendon (Sun, 2015). During jumping and landing motions which utilise ankle dorsiflexion or during running where the windlass mechanism lifts the arch, both scenarios feature an increase in plantar structural tension to which the Achilles tendon benefits from a passive and active increase in tension force (Carlson, 2000). Here lies the connection or interaction between the LALSS and the Achilles Tendon.

The Achilles is of course a major lower extremity tendon. Simply put tendons attach muscle to bone, but functionally the role of tendons and especially the Achilles it that of a spring or force amplifier. Grossly described springs deform when a force is applied and recoil to their resting shape when the force is released (Roberts, 2011) The structure and dynamic function of the ankle plantarflexor muscles have evolved to make human locomotion efficient. The Triceps-Surae group allows for energy storage (the breaking phase) and release (the push off phase) of elastic strain energy in the Achilles tendon. The compliance of the Achilles tendon reduces the shortening velocity of the Soleus and Gastroc to enable them to function closer to their ideal length and velocity to which they can generate maximal force. These mechanisms then reduce the metabolic energy required in these muscles during walking or running etc.

In understanding the mechanical forces of tendons we have to understand the distinct differences between tendons and muscles despite their musculotendinous relationship. Skeletal muscles are limited in their maximum power output physiologically from the limits of enzymatic processes seen with actomyosin cross-bridge cycling. Whereas the mechanical nature of tendons relies on a structural phenomenon and therefore does not have such physiological limitations on power output. The energy released by a tendon is normally equal to or slightly less than the work done by the muscle. However, it is released within a shorter amount of time demonstrating an ability to produce higher power output (Explained simply by power= work / time). From a functional standpoint the work done by the muscle is uncoupled from the work done by the tendon or limbs allowing for power to be produced exceeding the maximum force output of just a muscle. This is why tendons with a pinch of salt are described as force amplifiers. It should be noted that in a traditional or electronics context ‘amplification’ means adding energy to the power source. Whereas in an elastic mechanism such as human movement the energy is not added. ’Amplification’ instead refers to releasing energy faster than it can be stored. Jumping is a great functional example of this uncoupling and amplification when the time available for muscles to produce power once the acceleration of the body segments begin is limited, but the time available to generate power before the jump begins is not (Roberts, 2011).

I remember in my infancy as a coach or clinician I would often read that the potential load a tissue is subjected to during running or dynamic activities can exceed one’s body-weight by multiple times. Then whilst breaking down loading benchmarks to strategize rehab or training I would wonder how I would ever get an athlete strong enough to achieve that load through a conventional strength exercise. Quite simply we may not always see athletes replicate those forces in slow-tempo resistance exercises whilst we program athletes for strength. The mechanisms described regarding energy release and force uncoupling explain why this is the case, and why during more dynamic activities with stretch-shorten-cycle qualities like plyometrics can achieve such high loads or force output. During a strength exercise on the slower end of the force velocity curve there is lots of time available to produce force during limb movement and we can really ‘feel’ the sensation of muscle work during motion. Consequently in the longer term we then often see the adaptive muscle hypertrophic changes over time. This explains why we conversely look towards faster plyometric activities like a jump to see the tendon to behave like a spring or amplifier expressing larger forces. As a crude example triple jumpers create high levels of force without significant muscle hypertrophy, relative to a powerlifter who moves slower and relies far more on force production during the actual limb movement. Tendon loading therefore allows us to handle and produce higher amounts of force efficiently against time.

Great, So why do I care about this?

Whilst improving Achilles function to enhance explosive sporting movements or during Achilles tendon rehabilitation – as a collective of Physiotherapists or Strength Coaches we are good at intervening downstream via loading strategies for the ankle plantarflexors – the muscular component of musculotendinous force production. We experientially know that targeting strength or reactive-strength in the Gastroc / Soleus carries over to stiffer Achilles tendons and stiffer movement patterns. But we do not always consider an upstream “from the ground up” approach to influencing the LALSS that also contributes to force amplification in dynamic movements. As illustrated earlier in the article the Achilles tendon receives mechanical advantages from the LALSS and length tension relationships during dorsiflexion or the windlass mechanism. Alongside the ‘downstream’ plantar-flexor loading strategies be that in a rehabilitative or performance context, the questions is what other component of rehab or strength should we consider in our assessment or Interventions for the Achilles?

The intrinsic muscles of the foot belong to the LALSS and they serve to maintain the foots arches by absorbing, dissipating and returning kinetic energy during running through the generation of power or torque (Fukano 2009). If these intrinsic’s become dysfunctional or do not have adequate strength for the task demands then their force handling qualities are logically compromised (Miller, 2014). Such compromise can then potentially increase the load on other foot structures reducing overall performance and potentially increasing lower extremity injury risk (Kaufman 1999). In the context of load sharing systems the redundancy feature or compensatory capacity would have been exceeded, so physiologically a tissue somewhere else in the kinetic chain may have exceeded its biochemical tolerance to maintain homeostasis as we knew it.

In an RCT by Taddei and colleagues 2020 (Link below article), they Investigated the effects of an 8 week foot training program on muscle morphology, strength and running biomechanics. Their foot exercise program targeting the intrinsic foot musculature included exercises focusing on motor control of the toes, arch control and exercises that combine some of the ankle musculature (Attachment Link below article).

What did the program achieve?

To conclude, when addressing the Achilles we of course have to consider the downstream components (which we’re good at) but also critically the upstream components from the ground up! The engineering “masterpiece” that is the longitudinal arch the LALSS needs to be considered if we credit its ability to supplement force and biomechanics via a load sharing system. From a performance standpoint Imagine the potential Achilles function that can be actualized in a mechanical system that has increased force capabilities from the plantar flexors on top of the amplified input of a stronger foot. The intended take home of this article is to highlight the potential benefits to considering the LALSS by integrating foot intrinsic strengthening in conjunction with our more typical interventions or evaluation of Achilles function. Ultimately the foot hits the ground first so we want to get it right! 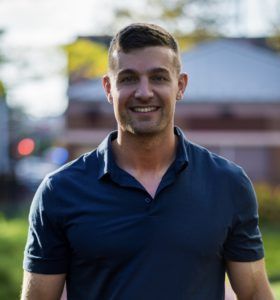